Dear readers,
if you are interested to read in German, you can find my texts about art, history, pattern etc. in the "Magazin" of MOSÁICO Zementfliesen - see above link.
Hope to see you there!
Posted by susanne at 1:31 PM No comments:

Tile research in Valencia: part II - the Nolla factory and "palace" in Meliana

After I read about the factory in Meliana, I had to go there of course, to see what is left of it. There is a metro station "Meliana" and from the train I could already see the "castle".
The factory was built in 1860 and began to work from 1864/65. 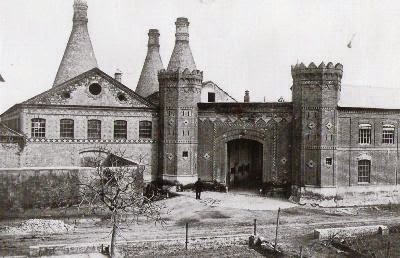 In this old photo you can see the bottle-shaped kilns. The factory walls still stand today, the belong to Schneider Electrics, who did not let me get onto their premises. 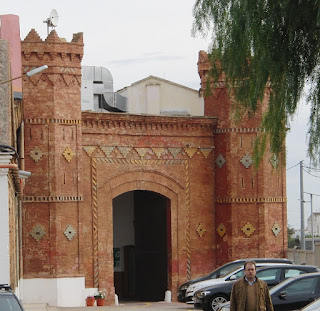 So I walked all around it, until I came to the "palauet Nolla", the palace-showroom, where Miguel Nolla received his most important clients. The building is now in ruins and - of course - fenced off. 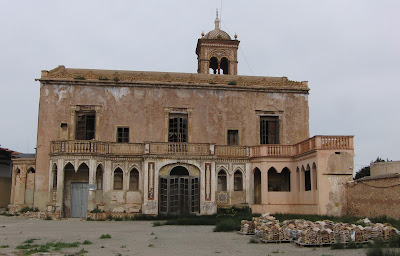 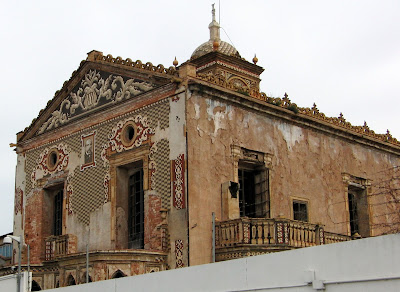 On the façade you can see the portrait of the founder, the picture that was also used as title of the exhibition (see post before).

In the museum they also depicted the floor plan with its different mosaics. 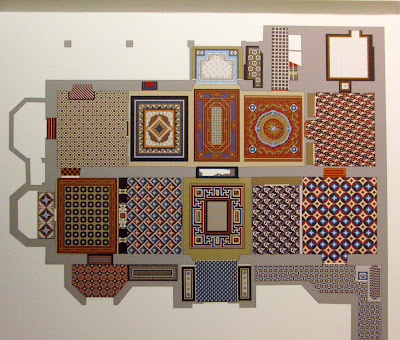 Only one window was not completely closed and I could get a glimpse of the floor. 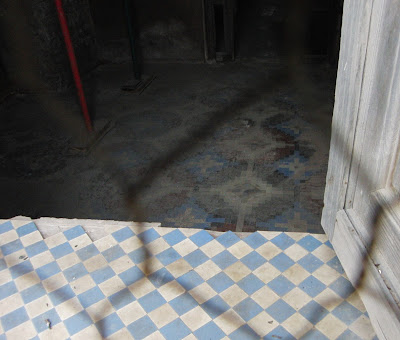 As you might see it was the room on the bottom right of the plan.
Posted by susanne at 11:24 PM 4 comments: 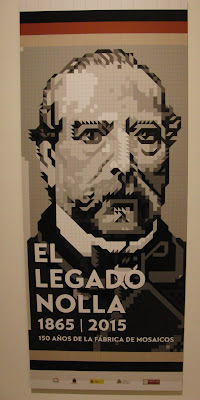 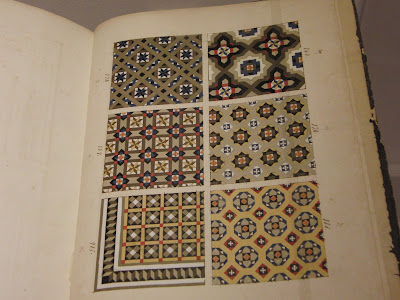 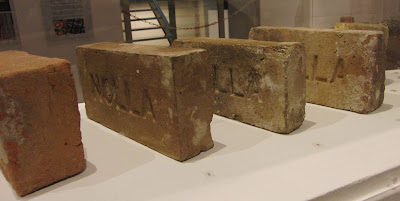 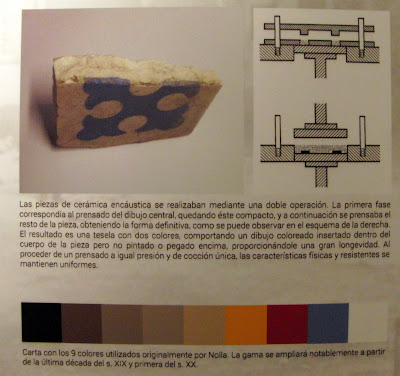 Half a year since I have written anything here? unbelievable!
But today I want to show you a recent find from Antequera:
In the ruins of an old house I found a tile, which was very dirty, but on the back I could decipher …LONA.
I took it home and after a lot of scrubbing appeared this: 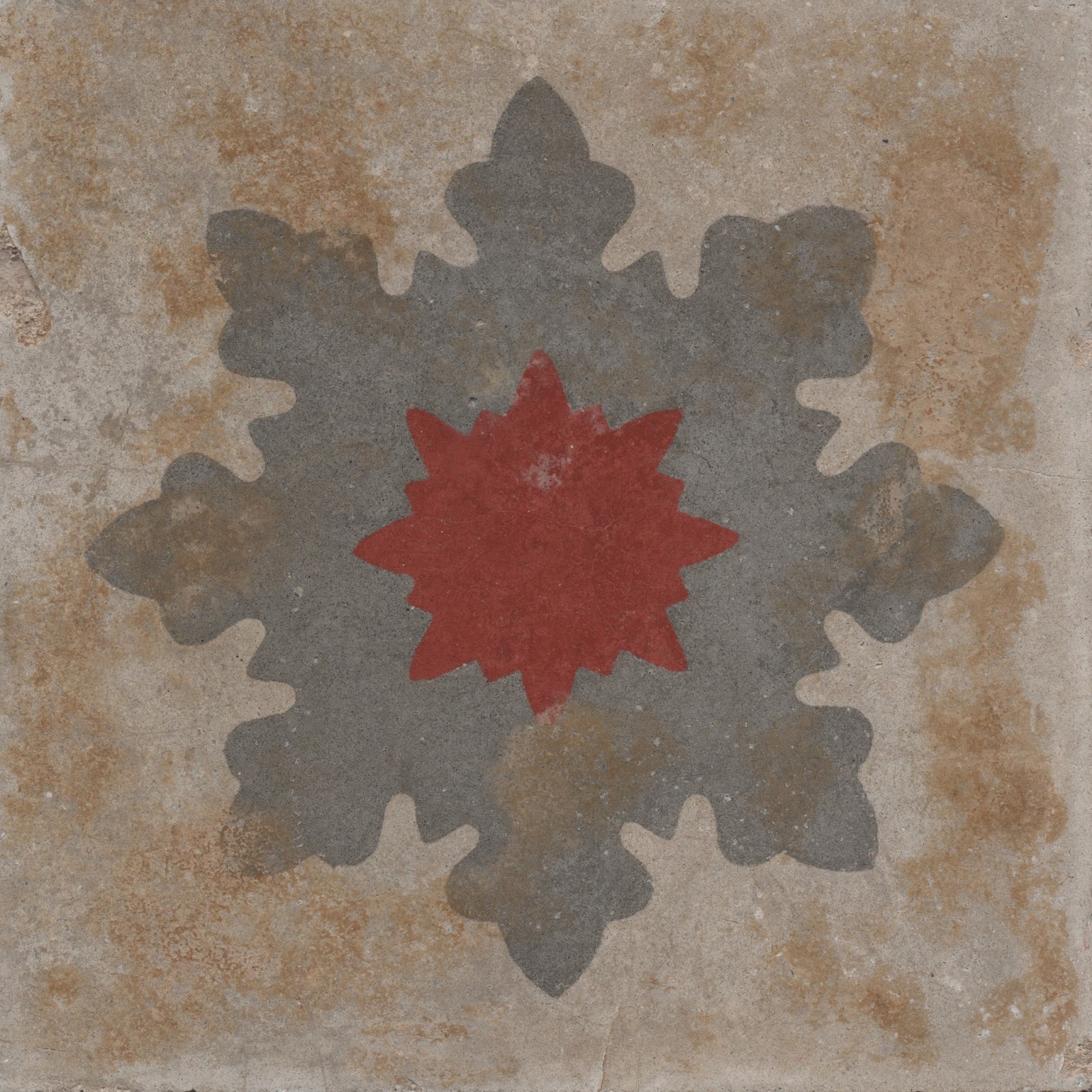 And the seal on the backside resolved itsself to ESCOFET TEJERA Y CA. BARCELONA

So the tile has been manufactured between 1896 and 1903 - and most likely in Sevilla!

A friend has brought me a really big and heavy gift from Sevilla: 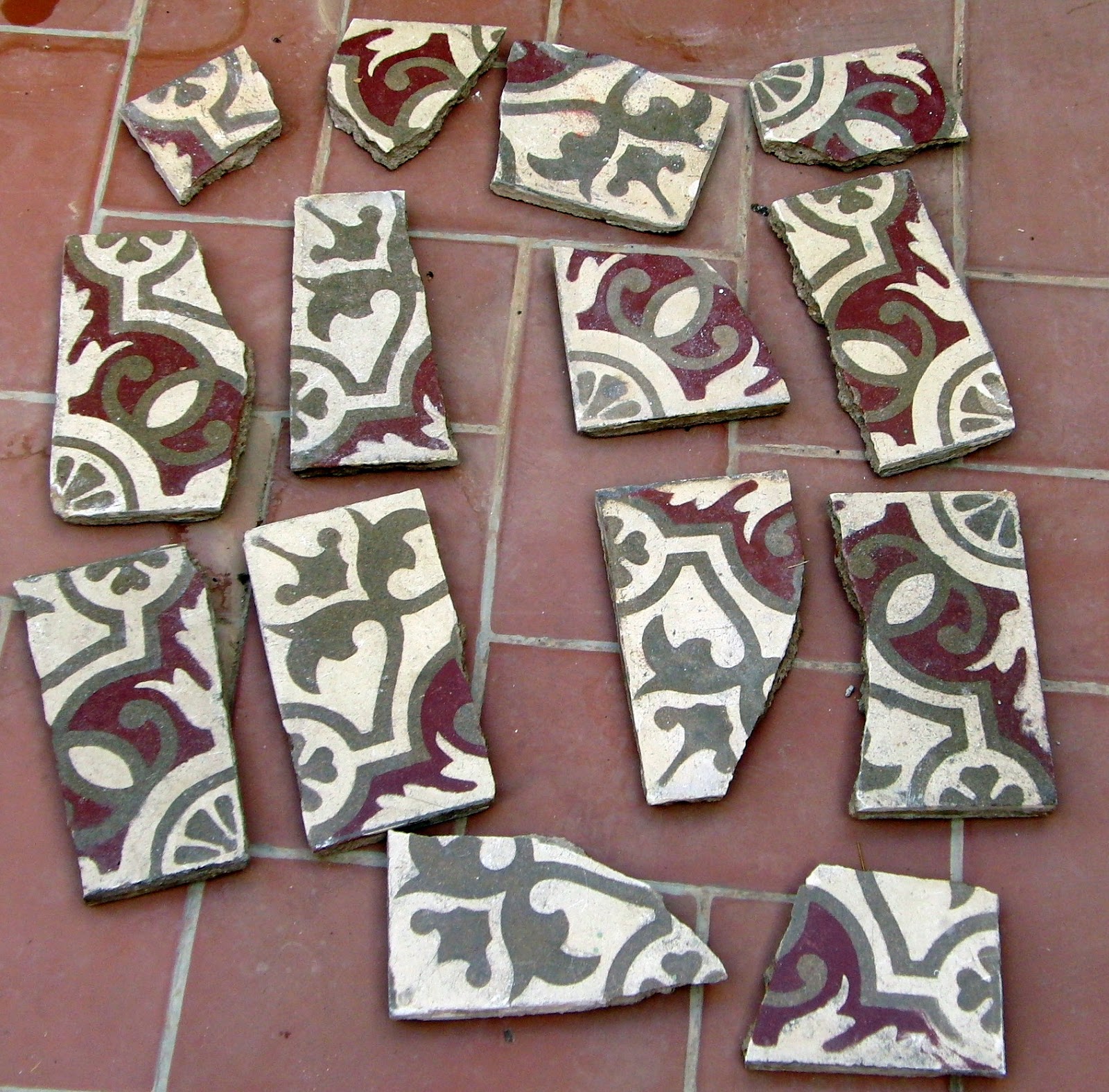 Unfortunately she didn't find a complete tile… so I tried to "repair" it digitally. I scanned the bigger parts and put them together. 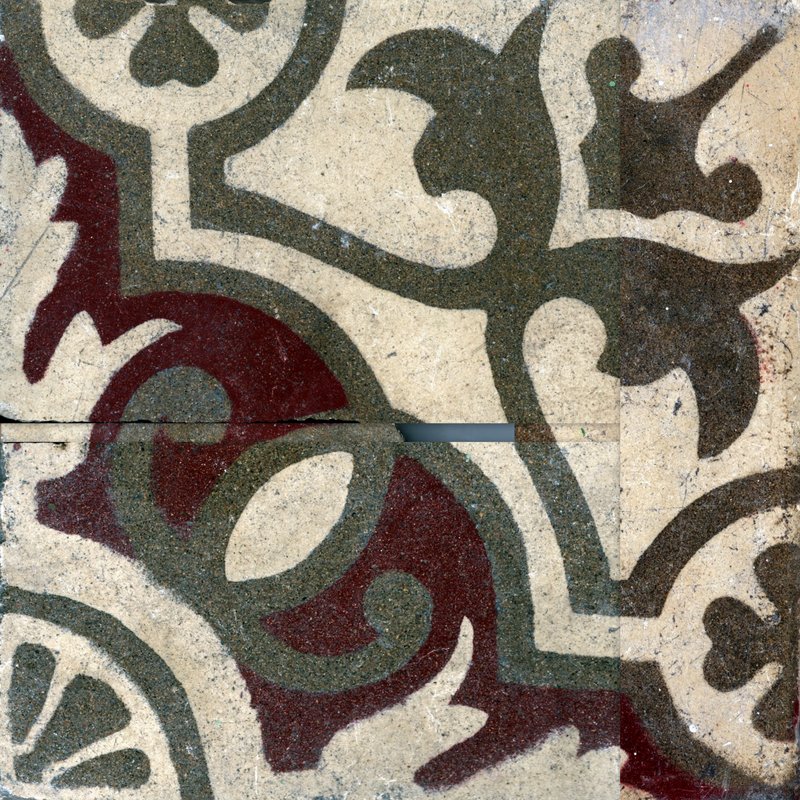 It is not perfect, but you can see how beautiful this pattern was. More so as a whole floor! 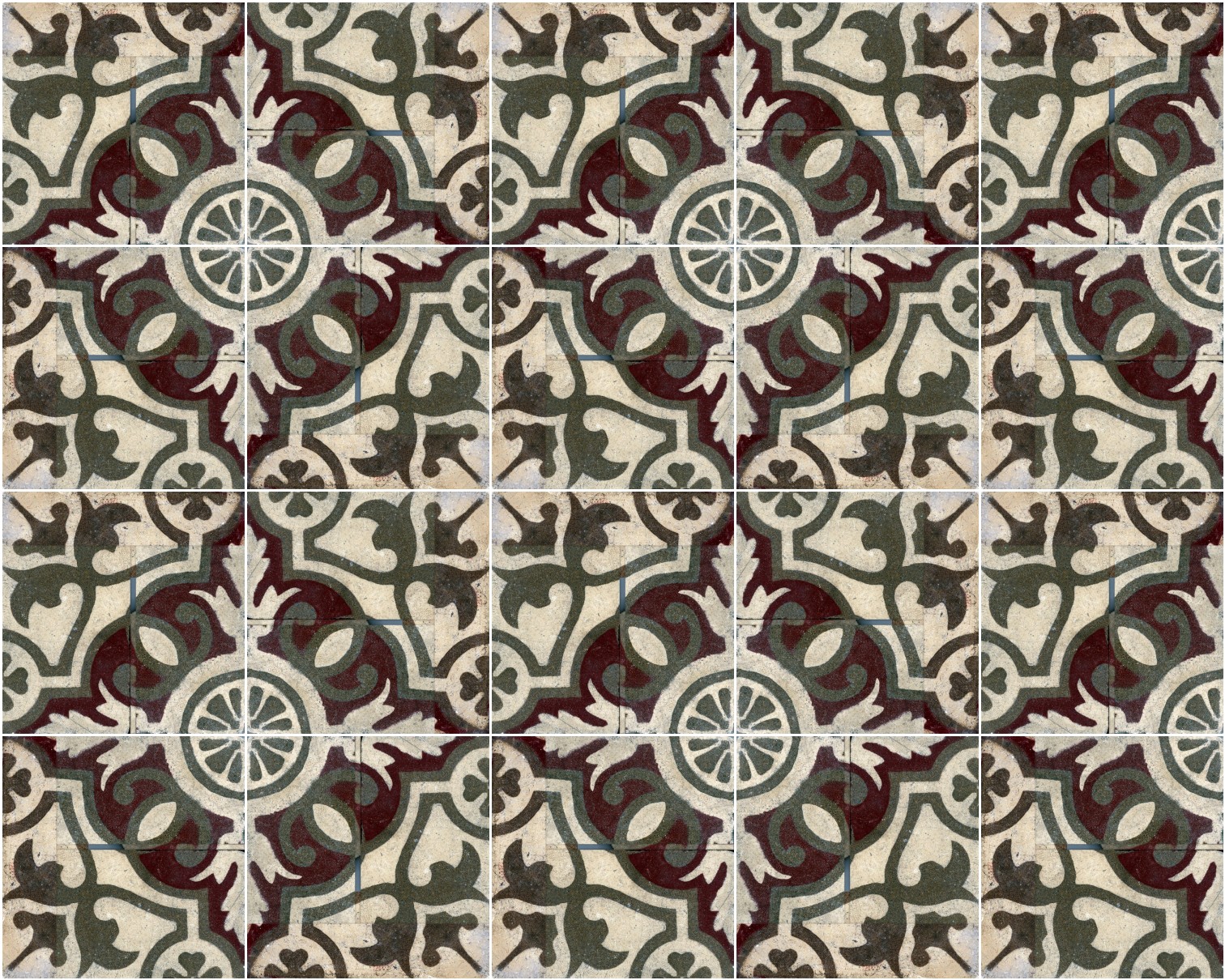 Saturday in Fuengirola was the first time I saw old cement tiles for sale on the flea-market. 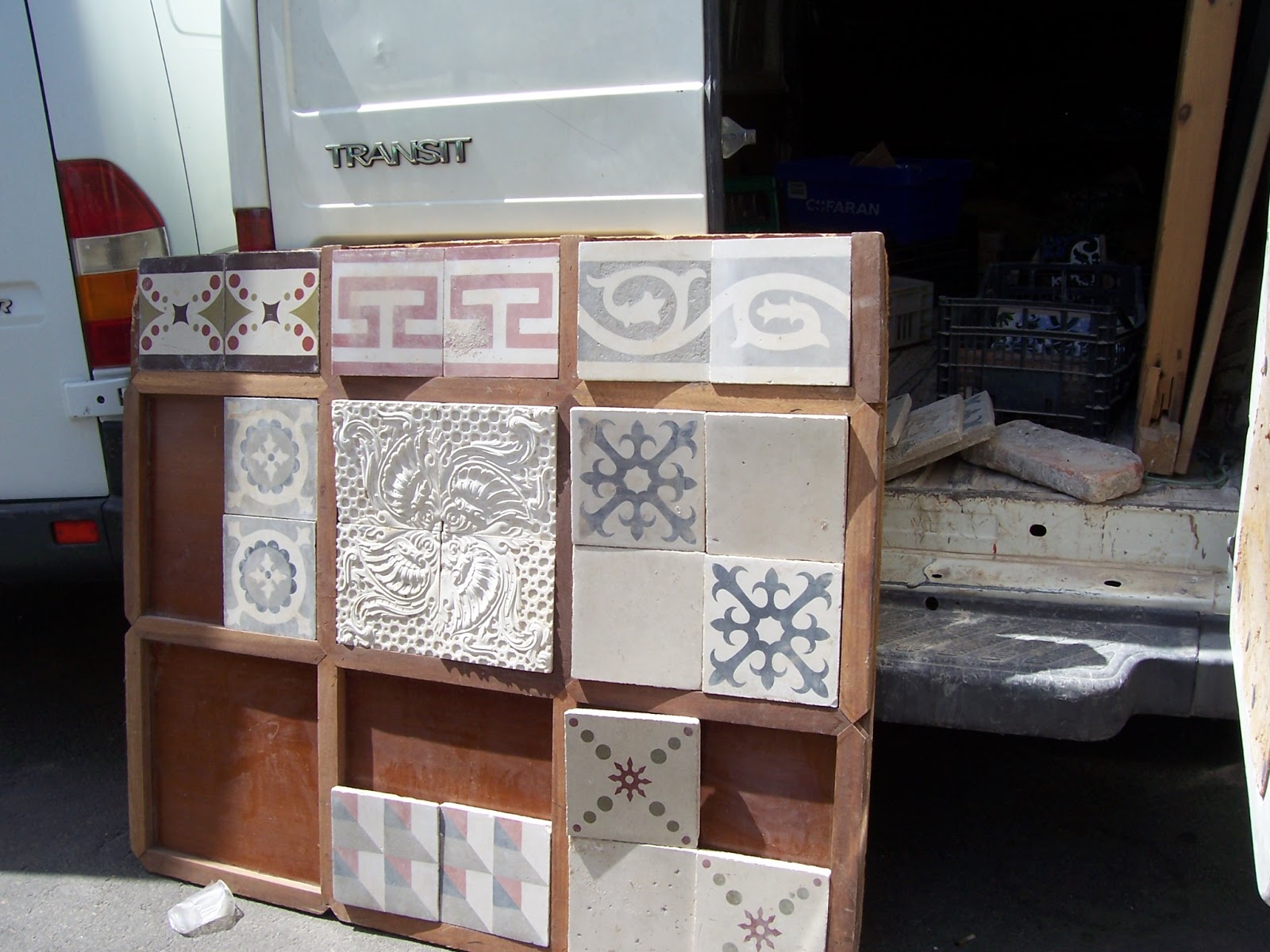 The seller said, there were all from Málaga capital, but didn't have a fabric´s stamp.

A while ago I was invited to see a very special floor in Sevilla. If you think (like I did): what can be so different, I think I have seen all sorts of tiles and patterns - YOU ARE WRONG! 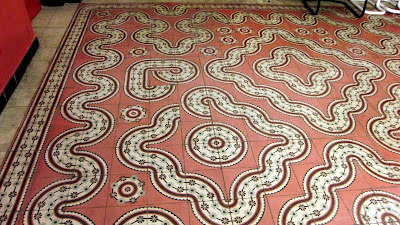 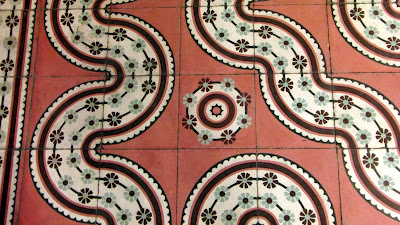 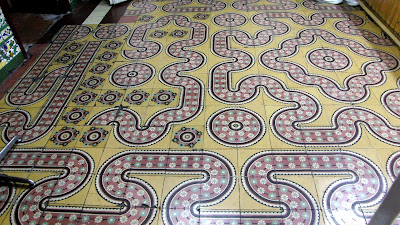 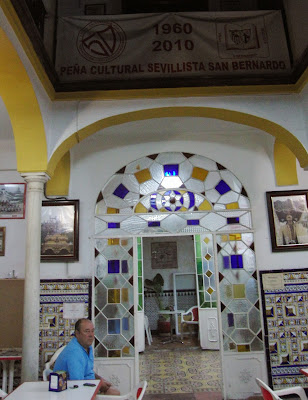 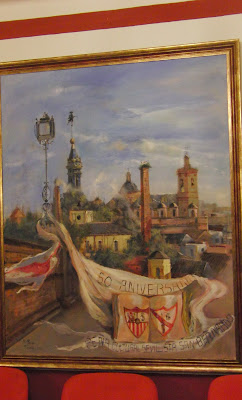